Scroll down for press.

Jazz Scene has called The Allison Philips Trio “an invigorating list​en that probes, as Ornette Coleman did, the line between song and sonic exploration.” The group released their first EP in 2017 and will be releasing their first album “Placement and Longing” in 2021. Philips also co-leadsthe “DeiCont | Philips Collective”  a group which Hot House Magazine has called “one of the most exciting emerging groups in NY”. The Allison Philips Trio and the DeiCont | Philips Collective have toured domestically and throughout Europe and Canada.

Allison has also performed with Sara McDonald’s “NY Chillharmonic”,  Alita Moses, The Chronometer’s Orchestra, Phil’s Music Lab, Charlie Rosen’s Broadway Bigband, the BVR Flamenco Orchestra, Zulema’s Mambo Queens, and many others. She has performed on many acclaimed stages, including The Bimhuis, The North Sea Jazz Festival, The Bern Jazz Festival, The Festival of New Trumpet Music, Le Poisson Rouge, PENG Festival, 54 Below, The Jazz Standard, NJPAC, and many others.

Philips holds a BFA in Jazz Performance from the New School for Jazz and Contemporary Music in New York City and an MM in Jazz Performance from the Conservatorium van Amsterdam in The Netherlands. Philips was the 2016 recipient of the Hal Leonard Collegiate Scholarship. She has recently been awarded a New York Foundation of The Arts "City Artist Corp" grant.  She has studied under several trumpet luminaries including Laurie Frink, Ingrid Jensen, Chris Jaudes, Tatum Greenblatt, Joe Magnarelli, Jimmy Owens, Ruud Breuls and Jan Oosthof. Between teaching and performing throughout Europe and North America, Allison spends her time commuting on her bicycle in Brooklyn and eating at B&H Dairy in the East Village. 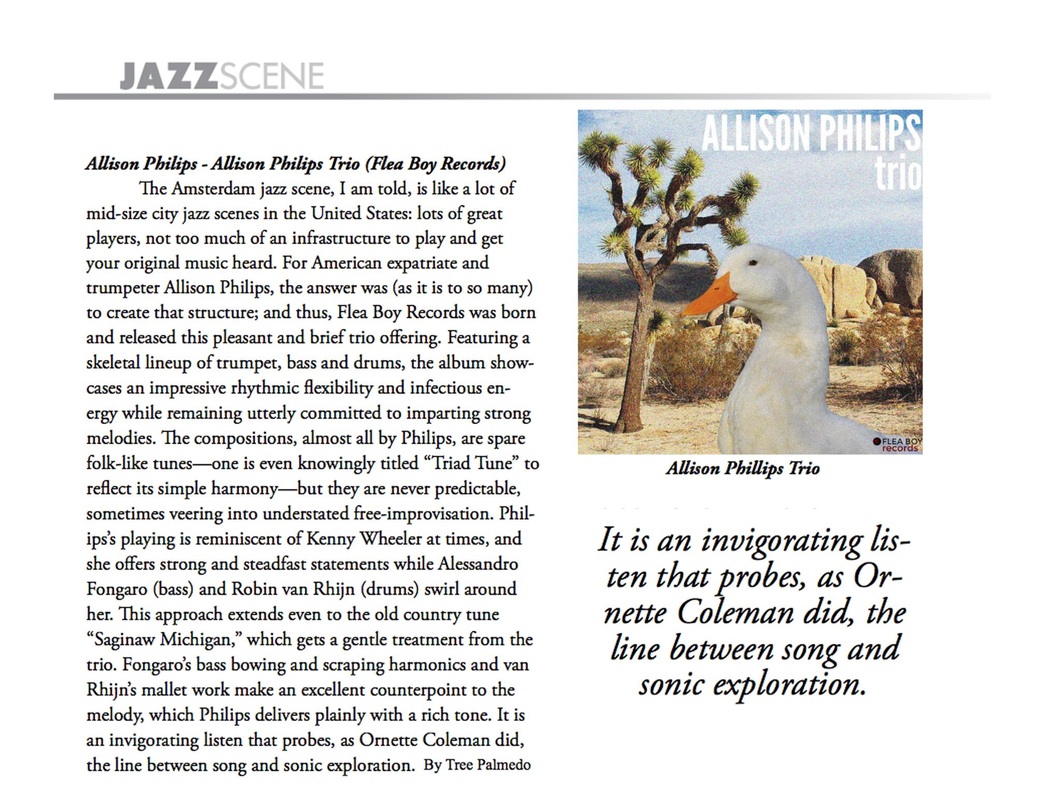 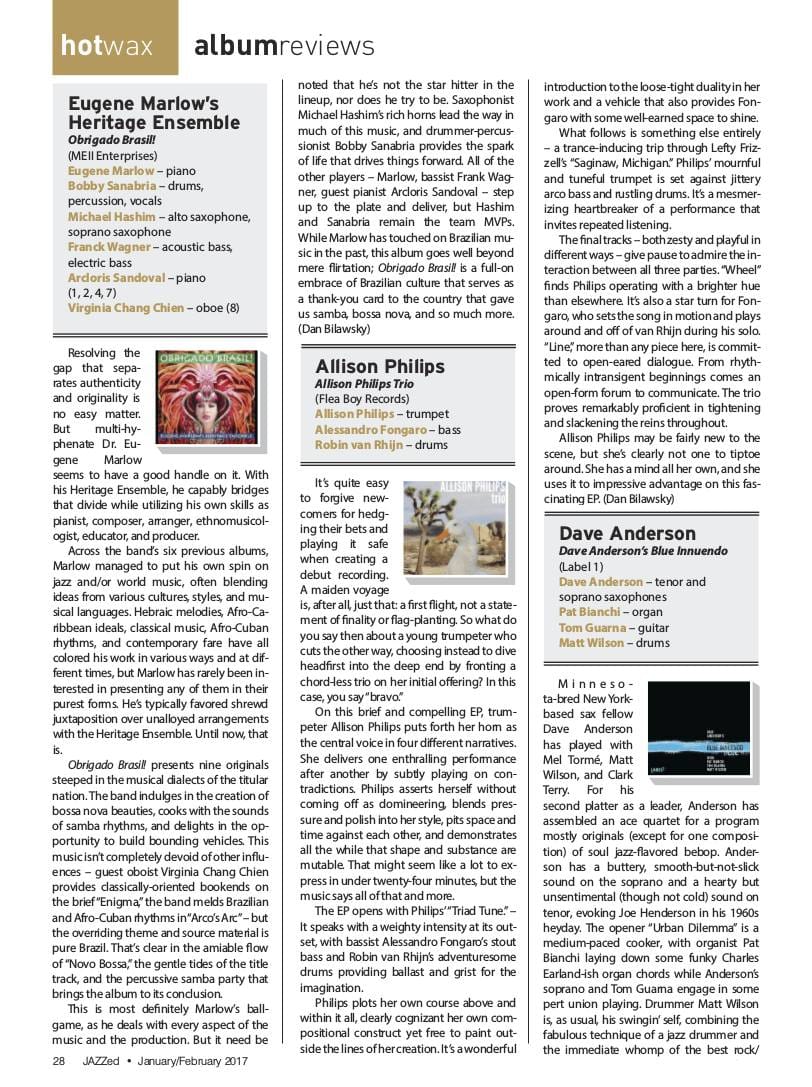